Fran was born in Melbourne but has lived and worked on the Central Coast for over 30 years.  During this time she was in the teaching profession holding the position of Assistant Principal Infants at Ettalong Public School.

She has been heavily involved in the theatre and performing arts throughout her career, directing and performing in well over 50 productions, which included ‘Let’s Celebrate’ for the opening of Laycock Street Theatre at Gosford on the Central Coast. The list of shows is endless.

Fran has played many parts but one which comes to mind was ‘Mother Superior’ in the theatre production of Nunsense. Her characters are so diverse, that she went straight from being a nun to an ‘Old Teabag’ in the production of the children’s show Gingerbread Man, where she performed with her son Andrew Godbold.

One of her proudest moments was directing Les Miserables, being in the audience and watching the standing ovations.

Fran is a person who willingly accepts responsibility and handles projects with enthusiasm.  She established a spirit of co-operation through successful communication in all her activities.

Her ability to see talent in inexperienced people and her flexibility in creating characters is a reason for her success. 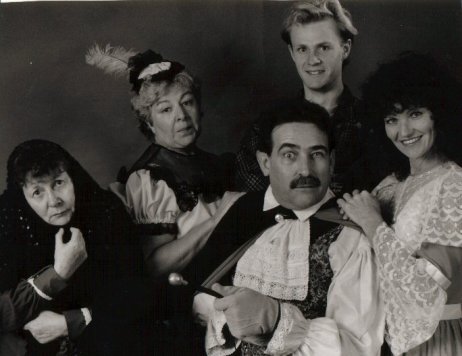 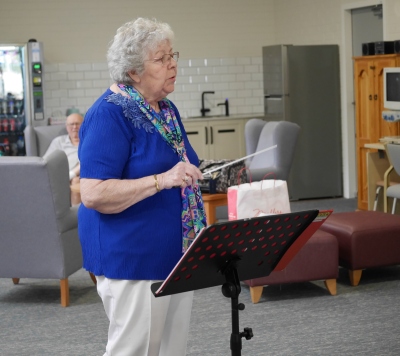 Here are just some of her achievements………..

She  is a Life Member of Gosford Musical Society,

Founder and Musical Director of The Frantastics Choir Inc on the Central Coast.

Fran is an honest person, who has strong moral attitudes.

She has directed and performed many plays for Woy Woy Little Theatre Inc and was the original Musical Director starting a choir for U3A on the Central Coast.

It is wonderful to hear comments from audience members when they are walking back to their cars. Often these comments are about her great directing and acting by people who do not know her personally.  Every one of her plays and musicals has been a success and never a failure.

We watch her sometimes and are amazed how she can conduct three of four parts of a song, walk up to each group, read their music,  sing their part and that is without the aid of the piano.

She is currently Musical Director of our choir called appropriately ‘The Frantastics’ which she started  in 2005.  We are a community choir catering for everyone. 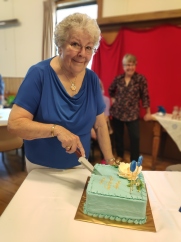 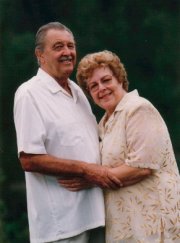 Her father was James Pearson who was a performer and photographer and filmed many short clips for places like the Road Safety Council in 1947.  Here are some links to the wonderful history he has captured, one with Don Bradman. Fran certainly takes after her talented father.  She is also in these films as a young child.

I could not finish without mentioning the love of her life, her husband John.  Since meeting John she has blossomed and they are always off on some fantastic holiday or taking on new challenges.